Questions or suggestions about fundraising for the Iowa State Fair? Please email the Foundation staff. 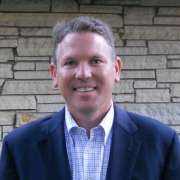 Peter Cownie has worked as the Executive Director at the Blue Ribbon Foundation since August 2013. Prior to the Foundation, Peter served as the President of Junior Achievement of Central Iowa. He led the Des Moines nonprofit organization and its fundraising efforts for 5 1/2 years. From 2008 - 2018, Peter served in the Iowa House of Representatives representing District 42 which includes portions of Polk and Warren Counties.

The graduate of Dowling High School in West Des Moines and the University of Virginia received his Masters in Public Administration from Drake University. Peter also volunteers and serves his community in numerous ways and chairs several foundations and boards. He and his wife Mary have three sons. 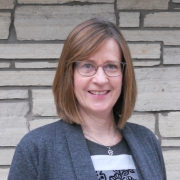 Sponsorship Director
Meg joined the Foundation in 2017 as the Sponsorship Director with responsibility for securing and managing the dozens of Iowa State Fair sponsors. She is excited to be a part of the team that brings the Iowa State Fair to more than one million annual visitors. A Davenport native, once Meg moved to Des Moines in 1993, she hasn’t missed a single Fair.
Previously, she spent six years as the Special Event Coordinator in the Advancement Department at Dowling Catholic High School and was proud to be on the staff that planned Iowa’s Sesquicentennial celebration in 1996. In addition to her work life, she has enjoyed her time as a volunteer for her children’s school, the Diocese of Des Moines, and a local opera non-profit, of which she is a founding board member. She is a graduate of Iowa State University with a degree in Finance and received a Master’s Degree in International Relations from the American University in Washington, DC. Her spare time is taken up with golf, Iowa Hawkeye football and basketball games, and the Chicago Cubs.  She was fortunate to be in Wrigley field for Game 5, the one World Series game the Cubs won at home. She and her husband Jeff have two college-aged children and live in West Des Moines. 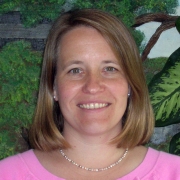 Joining the four person Foundation staff in 1999, Robin oversees the Foundation's merchandise, volunteer and planned giving programs, works with the accounts and coordinates the auction for the Corndog Kickoff.

Raised in Perry, Robin graduated from Central College and has a Master's degree in Russian and East European Studies from the University of Kansas. Prior to joining the Foundation, she spent 6 years with Youth For Understanding International Exchange as an Outreach Coordinator.  Robin met her husband through her work at the Fair and they now have two active boys.  Outside the office, much of her time is spent involved in her kids’ activities in sports and volunteering at their school as well as at Living History Farms.  In her spare time, she relaxes with gardening and spending time with family and friends. 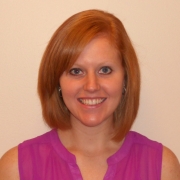 Communications Manager
Drew directs the Foundation's communication efforts, including the quarterly newsletter, press releases, social media and website. She also plans special fundraising events including the Corndog Kickoff. Drew manages the various giving programs, membership programs and the Iowan of the Day program.
A graduate of Iowa State University, Drew earned a Bachelor of Science degree in Journalism and Mass Communications. Prior to joining the Foundation in 2013, she worked as the Communications Coordinator for United Way of North Central Iowa. Drew spent several summers attending the Iowa State Fair and was an intern with the Foundation in the summer of 2011. Her favorite part of the job is working with volunteers and Foundation supporters that are passionate about making the Iowa State Fair the best that it can be. In her free time, she enjoys visiting her family and friends and cheering for the Cyclones.