One of my favorite television shows to binge watch is “Good Bones” on HGTV. It is about a mother-daughter duo renovating houses in Indianapolis.  The pair take some of the nastiest, most rundown houses I have ever seen and turn them into beautiful homes for their neighbors.  The show’s tagline: “Every tragic house deserves a second chance because underneath all that mess – you might find some really good bones.”

This got me thinking about the Iowa State Fairgrounds. I found a blurry map of the Fairgrounds from 1910. You can see Grand Avenue and Rock Island were the main roadways with buildings scattered throughout. As you can imagine, a lot has changed in 100 years since this map. A few key structures stood out to me – the Grandstand, Agricultural Building, Livestock Pavilion, and barns for horses, cattle, sheep, and swine.

I found these same facilities listed on the 1950 and 1999 maps. (If I had easy access to maps of every year, I have a feeling I would find these same structures.) These are the “bones” of the Iowa State Fairgrounds.

For more than 160 years, the Iowa State Fair has grown, reflecting the development and growth of our great state. These historical buildings have housed millions of exhibits, events and people. These structures were built to last but over time, each has needed its own set of maintenance.

Cue the Blue Ribbon Foundation. This is where I imagine the Foundation could have its own television show – highlighting the amazing renovations that have taken place, new projects that are being planned and the generous donors across the country that have stepped up to keep the Fairgrounds in the best condition for the next generation.  (Did I mention the two ladies in the show both have red hair? I think I’m a shoo-in as the host!)

The Iowa State Fair is a tradition any Iowan can be proud of, and the Blue Ribbon Foundation is dedicated to continuing that legacy. We invite you to join a community of generosity and become even more involved with the Fair you know and love. Donate Today. 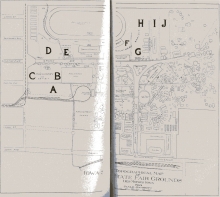 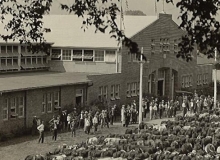 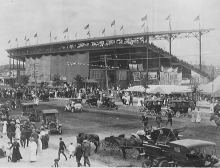